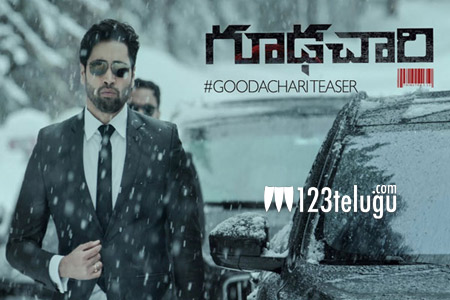 The wait is finally over as the much-awaited teaser of Goodachari is out in the open finally. Star heroine, Samantha launched this teaser which has hit the bull’s eye all over the social media.

The teaser looks thrilling, rich and boasts of some very good production values. Adivi Sesh plays a RAW agent in the film and he looks superb in his mean avatar.

Also, it is very good to see the Akkineni girl Supriya make her comeback in this film after a long gap. She plays a cop in this film which is a suspense thriller and is being directed by Sashi Kiran Tikka.

Most of the film has been shot in the US. Abhishek Pictures produce this film which is up for an August 3rd release. For now, Sesh and team have done a good job in getting the first impression right.