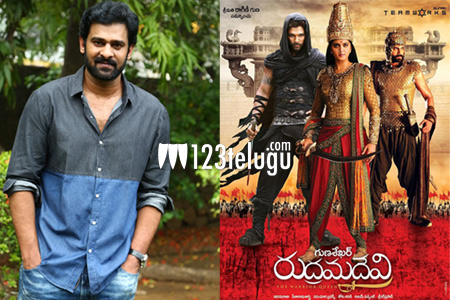 Gunasekhar’s most ambitious project, Rudhramadevi, is all set for a grand release tomorrow. The entire industry is waiting eagerly for the release of the historical film and already a number of Tollywood personalities have been wishing the team.

Earlier today, macho hero Prabhas wished Gunasekhar and his team all the best through his official Facebook page. He also wished his close friends Anushka, Allu Arjun and Rana.

The film is releasing big in both the Telugu states and also in the US. The first weekend collections are expected to be very strong. Guna Team Works banner has produced the film and Illayaraja scored the soundtrack.