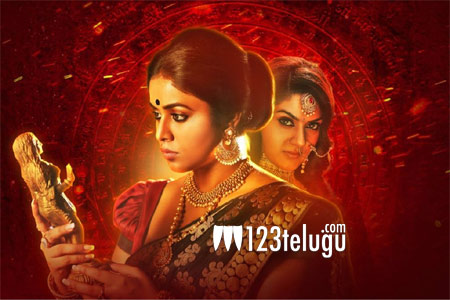 Suvarna Sundari’s first look was well received all over because of its grand VFX work and production values. Now, the latest we hear is that the post-production of the film is in full swing and the makers are planning to release the film September.

The audio of the film will be launched in the last week of August in a grand way. Surya is directing the film, while ML Lakshmi is producing it under S.Team Pictures Banner.