Vijay Devarakonda teases fans about his new initiative
Published on Jul 10, 2018 12:48 am IST 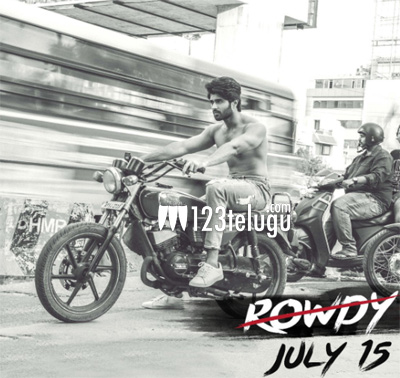 For the past few weeks, Vijay Devarakonda has been using the term ‘rowdy’ for a variety of reasons. First, he began using it to refer to his fans as rowdies and later, he went ahead to advertise the name on his apparel every time he made a public appearance, including award ceremonies. Now, he has dropped a hint, yet again, about what to expect from his new initiative.

In his latest post, Vijay posted a picture of himself riding a bike without his shirt on and said that he never found a shirt that he liked when he was a college student. “I am you. I’m the rowdy you,” he said, while adding a link to his new initiative, which he has named as ‘Rowdy Club’. The actor is expected to launch the website and reveal all the details about the new venture on July 15.

Going by the hints he has dropped so far, it looks like Vijay is launching a clothing line which will be branded as ‘Rowdy’ or ‘Rowdy Club’. However, as of now, there is no confirmation regarding this speculation. Let’s wait and watch what he has in store for his fans.

Going to College!
I still didn't find a Shirt I like.
I am You. I am the Rowdy you.https://t.co/u1zOnmxevq pic.twitter.com/Uq1wNYBSgR