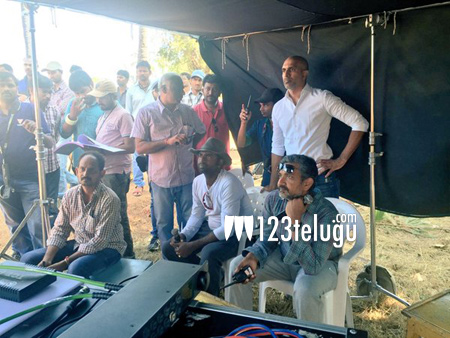 The moment which we have all been waiting with waited breadth has finally arrived. S S Rajamouli’s magnum opus, Baahubali 2 went on floors earlier today. The shooting is currently under way in RFC Hyderabad and seen here in the picture is the maverick director Rajamouli with his cameraman Senthil Kumar. Also seen is one of the film’s producers. Baahubali is set for a 2016 end release.