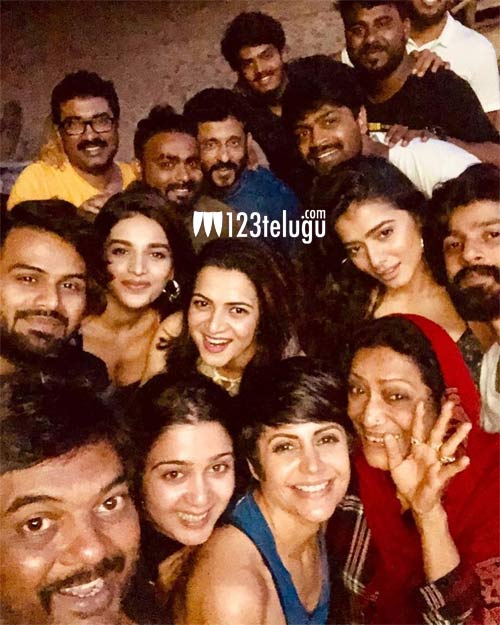 Seen in this photo moment are the cast and crew members of the upcoming films, iSmart Shankar and Romantic, having a gala time together at a pub in Goa last night after wrapping up the shoot for the day.