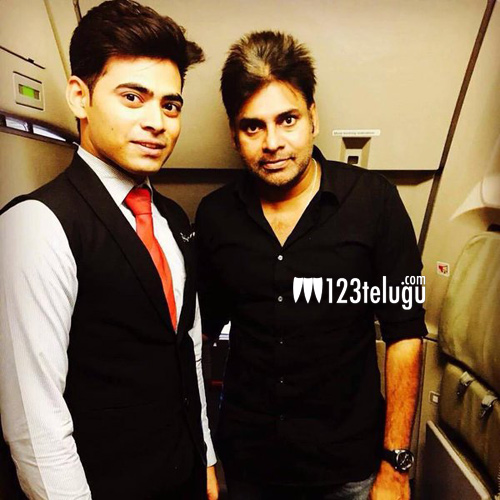 Whatever Power Star Pawan Kalyan does becomes a sensation among his fans. Just before the commencement of his last film Sardaar Gabbar Singh, Pawan’s long, thick beard created a huge online storm.

And now, Pawan’s latest photograph with a fan has been going viral since last night. In the photograph, Pawan is seen with a neatly trimmed hair colored with a golden brown shade. Whether this new look is for his upcoming film in the direction of SJ Suryah or not will be revealed once the shoot begins on June 2.