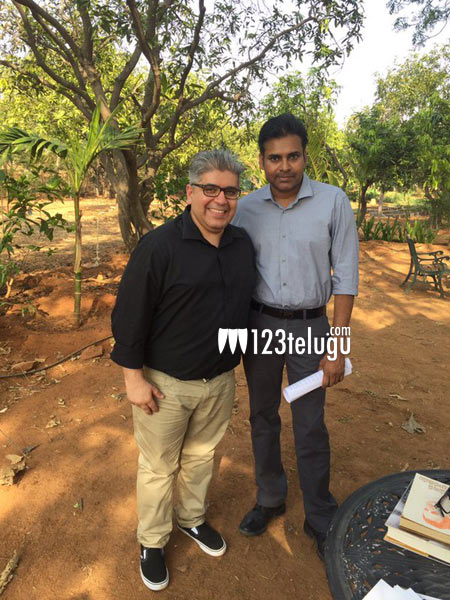 Power star Pawan Kalyan, shocks you like no one does. Off late, he has been giving selected interviews to the Bollywood media and one such interview which created a huge sensation was of renowned critic Anupama Chopra. Now that the film is ready for release, Pawan has given yet another interview to famous Bollywood critic Rajeev Masand. Seen here in the above picture is Pawan along with Rajeev Masand after his interview. What’s more interesting about this picture is Pawan, who is seen with a clean shaven look. Now that the shoot is over, looks like the Power Star is enjoying his free time in his farm.