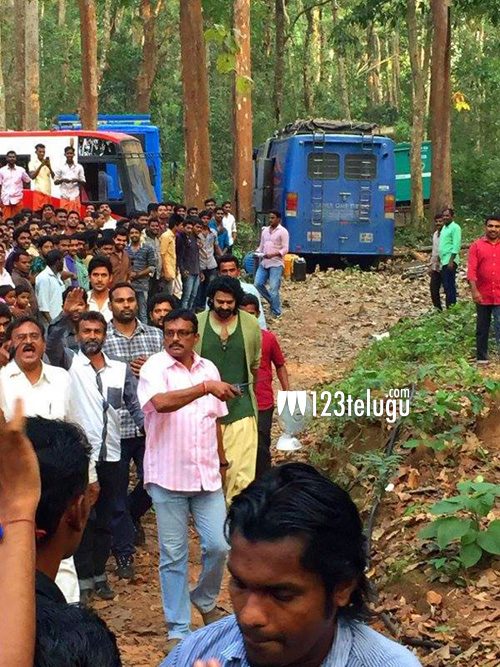 We have already reported a while back that shooting for Bahubali: The Conclusion will kick start in Kerala. Yesterday, a photo of Prabhas went viral and created a huge buzz on the social media. It captured Prabhas and his team entering the sets of Baahubali. It is already known that Rajamouli has set up a strict rule that no cameras and mobile phones will be allowed onto the sets. With the leakage of this image, sources reveal that the ace director has increased the security even more.