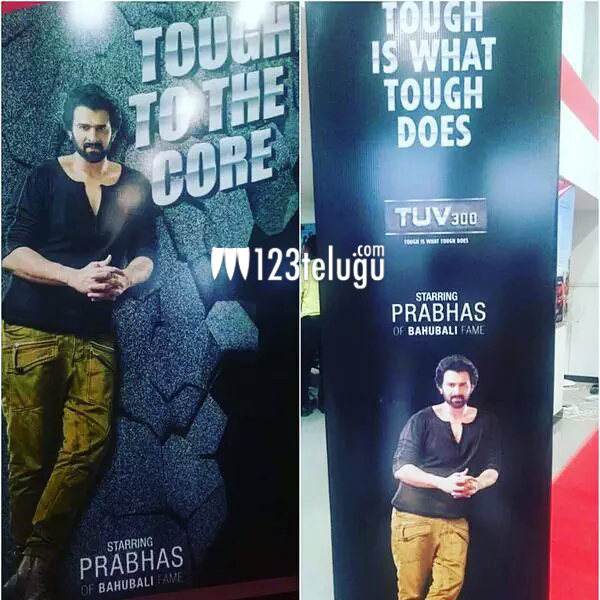 Tollywood hunk Prabhas is on cloud nine after the thumping success of Baahubali. Needless to say, the film has increased the stardom of Prabhas and his performance earned him a strong fan base across the country. Undoubtedly , this is the time for Prabhas to jump on the celebrity endorsement bandwagon and capitalize on the craze.

Prabhas signed a contract with the multinational automobile company ‘Mahindra and Mahindra’ and he will act as a brand ambassador for the latest version of Mahindra TUV 300. The ad featuring Prabhas was shot recently and it will be aired very soon. In the meantime, we are bringing an exclusive photo of the Prabhas standee which was launched yesterday.