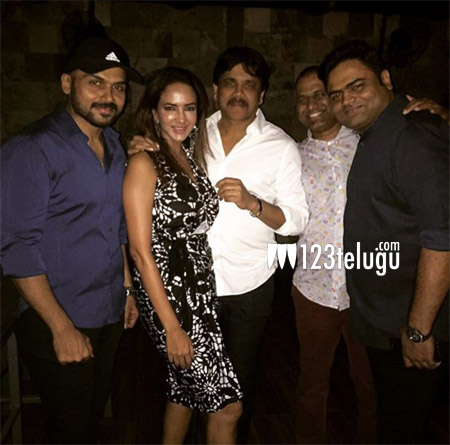 Released on March 25th, the Nagarjuna and Karthi-starrer light-hearted comedy drama, Oopiri, has succeeded in impressing fans and film lovers. The film’s box-office collections are increasing with each show. Already, additional screens are being added in several areas.

To celebrate this success, the Oopiri team got together to unwind and rejoiced in a fun-filled party. Seen in this special photo moment from the success party are the film’s core team Nagarjuna, Karthi, director Vamshi Paidipally and producer Potluri V Prasad, along with Lakshmi Manchu.