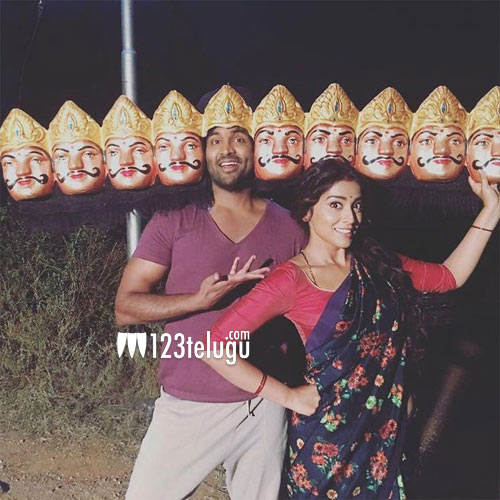 It is a known fact that Vishnu Manchu is doing a film with his dad Mohan Babu. The film has been titled Gayatri and is currently being shot in RFC. Vishnu and Shriya are taking part in the shoot and seen here in the above picture is a playful Vishnu wearing the Raavana mask. Also seen is the film’s leading lady Shriya who is doing a crucial role in the movie. The family drama is based on a father-daughter relationship and will be out soon in January 2018.