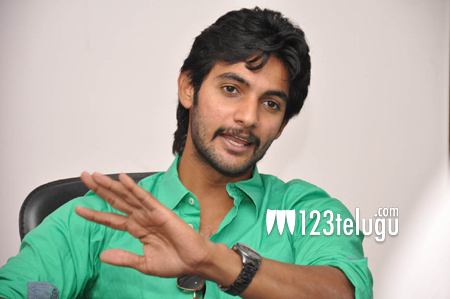 Young actor Aadi, who is riding high with the success of his last film Galipatam, has pinned high hopes on his latest offering ‘Rough’. Directed by Subba Reddy, this action entertainer features Rakul Preet Singh as the female lead, while the late Srihari plays a prominent role. On the eve of the film’s release, we caught up with this talented actor for a detailed interview. Let’s see what he has to say.

Q) Firstly, how are your wedding preparations going on?

A) The wedding will be held on December 13th in Hyderabad. My fiance’s name is Aruna and it is purely an arranged marriage.

Q) ‘Rough’ is getting released after about two years since it was launched, how you are feeling?

A) Even though two other films released before this movie, I never lost hope on ‘Rough’ and am very much confident about the film’s success.

A) This film revolves around three characters, who have different opinions on love. Even though the concept is heavy, it will be an entertaining film.

Q) You flaunt six pack abs in this film. Was it pre-planned ?

A) I never thought of building six pack abs, but after fight masters Ram – Laxman composed extraordinary fights and to make them look realistic, I went in for six packs.

A) I was shocked to see the huge fan following for Raku Preet and this will definitely help the film in getting good openings.

Q) How was it working with director Subba Reddy?

A) Subba Reddy has worked with many big directors and his experience has helped this film a lot. He gave a stylish look to a mass film like Rough.

A) This is an out and out commercial entertainer with a cute love track and family sentiment. Mani Sharma’s songs, especially the last song and Ram Laxman’s fights are the major highlights of this film.

Q) Tell us about late Srihari’s role in this film.

A) Srihari plays an important role in this film which will be a perfect farewell for him.

A) Currently, I am shooting for ‘Garam’ and have completed its first schedule.