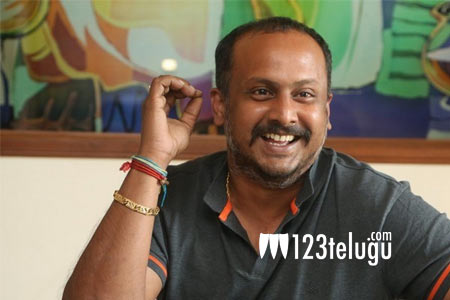 Veedevadu is one film which has been creating a decent vibe with its teasers. The film is up for a release tomorrow and on this occasion, we caught up the director Tatineni Satya for a brief interview. Here is the transcript.

The film is a sports based crime thriller which will be narrated in a very interesting manner. How sports has been mixed into the crime scenario is the whole film all about.

Q) What is the basic crux of the film?

Sachin’s wife gets killed brutally and he is framed for her murder. How he breaks free and where does the sports drama come in the proceedings is the basic essence of the film.

Q) Why did you choose Esha Gupta?

She came in because of Sachin only. I met her right before the shoot and narrated the script to her. She liked it immensely and agreed to be a part of the project right away.

Q) Why was the film delayed so much?

The pre-production itself took eight months. As the film was made even in Tamil, things became even tougher. All these things took a lot of time.

Q) Why did you career never took off post Bheemili Kabaddi Jattu?

I am a very shy person who does not believe in PR. This mistake of mine kept me away from the industry and offers.

As of now, I have made a script ready for Nani. I will narrate to him soon and let’s see how things go on from here.

Sachin has contributed a lot to this film right from the scripting stages. It was his idea to mix crime with sports. He has done a superb job in his role and will surely impress everyone.