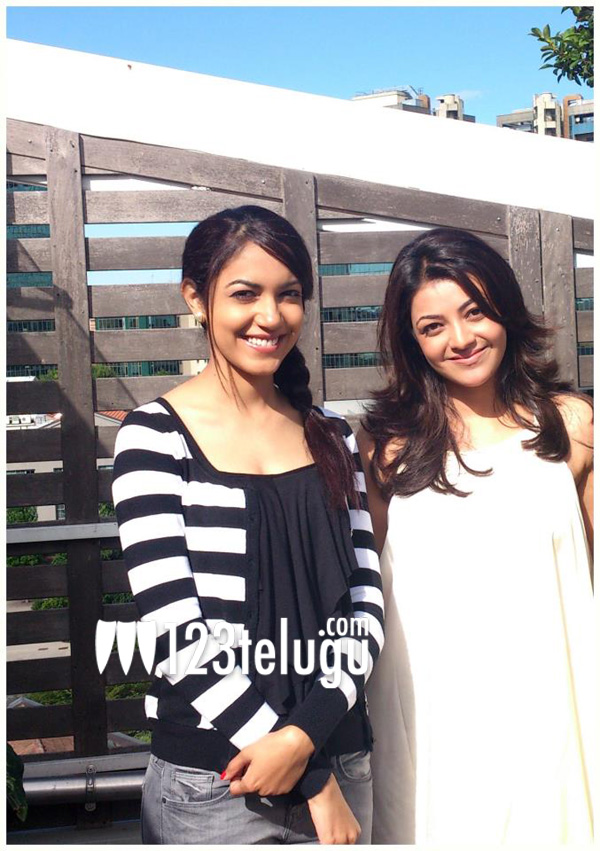 Young Tiger NTR’s ‘Baadshah’ has Kajal Aggarwal as the heroine. But the film also has a pretty actress who is well known among lovers of short films. She is Ritu Varma and she will be seen as Kajal’s cousin in the film. Ritu is also the heroine in a new film that is being made by the producers of ‘Ee Rojullo’.

See this pretty picture of Kajal and Ritu and enjoy folks.