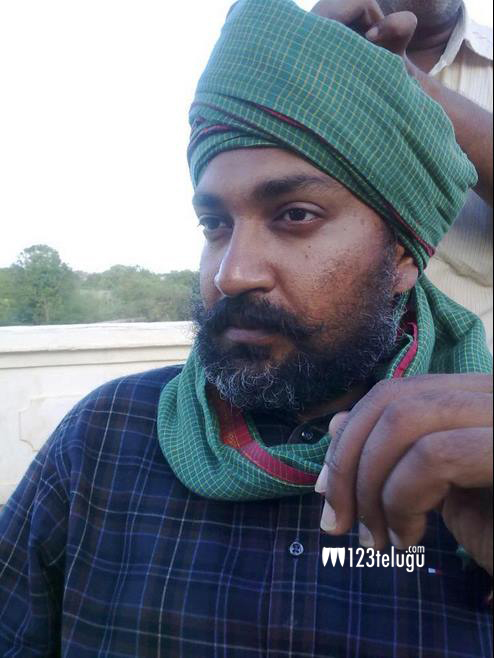 Super Successful director S.S.Rajamouli is currently busy with the period action adventure, ‘Baahubali’. Rajamouli is known for his hands on filmmaking. He personally tries out most of the stunts and action sequences, before subjecting his stars to the same.

Now, Rajamouli seems to have taken this hands on approach even further. This photo shows him in what can only be called the ‘Baahubali’ getup. From what we know, Rajamouli is not going to be seen in the film. But it would be good if he makes a cameo appearance of some sort, isn’t it?