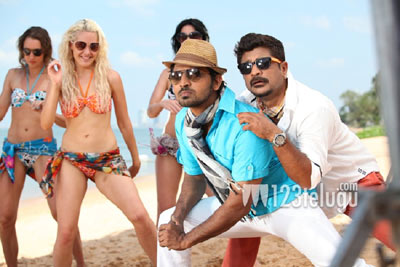 One of the most awaited fun films of 2013, Action 3d has its release date confirmed. The film starring Allari Naresh, Vaibhav, Kick Shyam and Raju Sundaram will now release on the 11th of April. Producer of films like Bindaas and Aha Na Pellanta, Anil Sunkara turns director with this youthful entertainer. The final schedule of the film will kick start from the 24th of this month, and the audio will be released in last week of March. Brahmanandam, Ali, Kamna Jetmalani and Ritu Barmecha play other lead roles in this film.