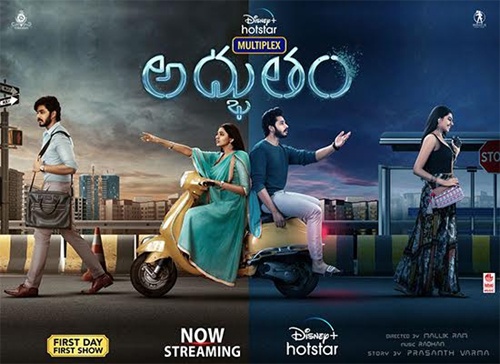 Adbhutham Movie starring Teja Sajja and Shivani Rajasekhar is releasing on November 19th on Disney+Hotstar. Going by all the release promos & songs released till date, the film is set to have engaging content that is usually expected by the digital audience. The lead pair looks refreshing and the story throws a Mysterious drama with an intriguing Love story.

Releasing solo & amid expectations, need to binge this weekend for this Fantasy Love story.