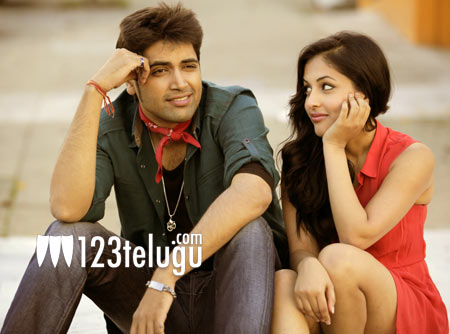 Adivi Sesh, who was last seen in Panjaa, is playing the lead role in an upcoming romantic comedy film titled Kiss. He’s also directing the film and this is his second film as a director after making his debut in Karma. His brother Saikiran Adivi, the director of Vinayakudu and Village Lo Vinayakudu, is producing this romantic comedy film under My Dream Cinema Pvt Ltd and Thousand Lights Inc banner. Anand Batchu is the co-producer. Priya Banerjee, an Indo-Canadian and Miss Canada, is going to make her debut as an actress with this film.

The film’s first schedule has already been wrapped up and most part of the film is being shot in California. The film’s entire shooting is expected to be wrapped up by summer this year. Shaniel Deo is the cinematographer and the music is being composed by Sricharan Pakala and Pete Wonder. Apart from this film, Adivi Sesh is playing a crucial role in Ravi Teja’s upcoming film Balupu.