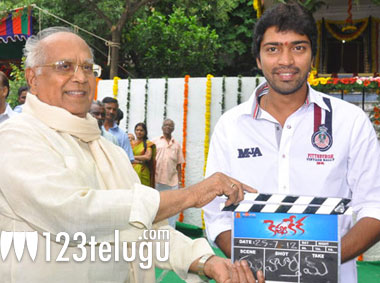 Allari Naresh’s upcoming film Kevvu Keka will hit the floors on October 3, according to the latest reports. After the success of Blade Babji, Allari Naresh is once again teaming up with director Devi Prasad. Boppanna Chandrasekhar is going to produce this film under Jhanavi Productions banner. A new heroine is going to be introduced in this film. Raj, Bheems and Chinni Raj are going to compose the music. Meanwhile, Allari Naresh is also shooting for Anil Sunkara’s Action 3D and E Sattibabu’s Yamudiki Mogudu. The latter film is expected to hit the screens for Dusshera. Post the stupendous success of Sudigadu, Allari Naresh’s market has increased dramatically. Buzz in the industry is that he has also hiked his remuneration; however, thanks to his minimum guarantee hero tag, there’s no dearth of filmmakers wanting to make films with Allari Naresh in lead role.