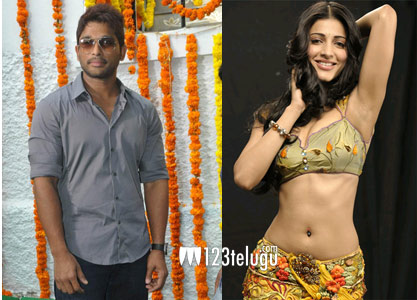 Stylish star Allu Arjun’s upcoming film, Race Gurram is fast completing its shoot. Already the first schedule has been completed and for the second schedule the unit will head to Europe. Starting from July 1, two romantic songs will be canned on Shruthi and Bunny over a period of eight days. Once the Europe schedule is done, regular shooting will commence in Hyderabad. Nallamalupu Bujji and Dr K Venkateshwara Rao are going to jointly produce the film. Manoj Paramahamsa is the cinematographer and Vakkantham Vamsi has written the story. The film is expected to release later this year.