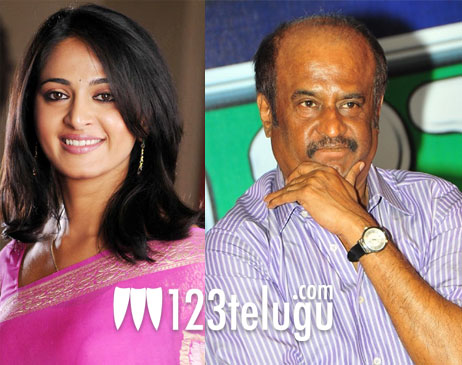 If the latest rumours doing rounds in Kollywood are to be believed then it’s almost certain that Anushka has emerged as the numero uno actress in Tamil cinema today. The actress has been reportedly approached by KS Ravikumar and Soundarya Rajinikanth for Rajinikanth’s upcoming 3D film titled Kochadaiyaan. KS Ravikumar is going to direct the film and Soundarya Rajinikanth and Eros International are co-producing the film. A formal announcement about the film’s cast and crew is going to be made soon. The film is going to be shot using performance capture technology and it’s the first time in India that this technology is being used to make a film. Hollywood films like Avatar and Adventures of Tintin were made using similar technology.

Although nothing has been confirmed so far, the fact that Anushka is in talks with the makers of this mega venture itself speaks volumes about Anushka’s popularity in Tamil Nadu. Meanwhile, Anushka has three big budget Tamil films in hand including an untitled film with Karthi, Thanadavam with Vikram and Selvaraghavan’s Irandam Ulagam with Arya. In Telugu, she’ll soon be seen in Nagarjuna’s Damarukam and another untitled film with Prabhas and Richa.