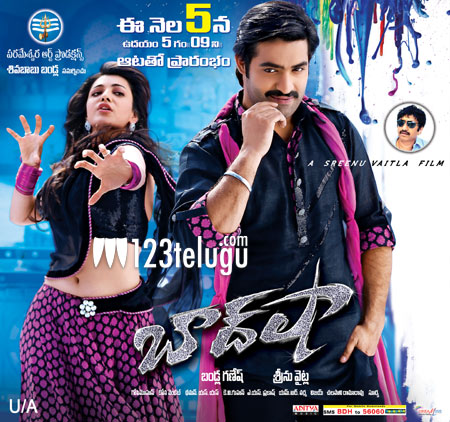 Young Tiger NTR’s ‘Baadshah’ has set the Box Office on fire with some storming performance over the weekend. The movie is turning out to be a massive hit and collections have been superb across all areas. The film is doing particularly well in overseas territories and A centers.

Noted trade analyst Taran Adarsh has reported that the film crossed the US$ 1 Million mark in the USA, on the third day! This is a phenomenal feat and it is the first Telugu film to achieve this record in the opening weekend itself.

The film’s performance in the crucial Nizam area is solid and ‘Baadshah’ is well on its way to becoming an official blockbuster. The movie has NTR and Kajal Aggarwal in lead roles and Sreenu Vaitla is the director. Bandla Ganesh produced the movie on his Parameshwara Arts banner.