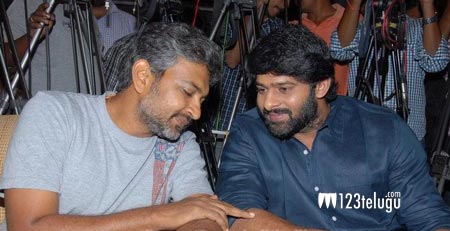 Ace director S.S.Rajamouli’s period drama, ‘Baahubali’, has started rolling. The film is being shot at Rock Gardens in Kurnool and shooting is expected to go on till Tuesday. The movie has Prabhas and Rana in lead roles and Anushka will be seen as the heroine.

‘Baahubali’ is going to be the most expensive Telugu film ever made and it will be released in multiple languages. Prabhas, Rana and Anushka have been training extensively for this project over the last couple of months.

Keeravani is composing the music and Senthil is the cameraman. Let us wish team Baahubali the very best.