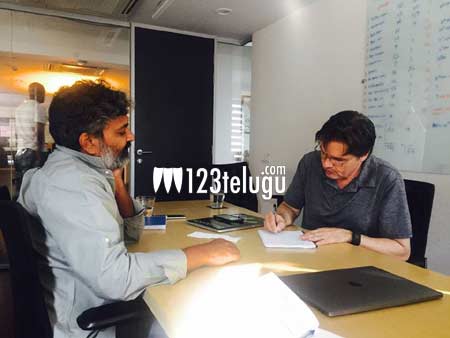 After Baahubali VR, comic books and merchandise, the Baahubali team is expanding to other forms of content and as part of the franchise, they have now unveiled a mobile game. Developed by Mark Skaggs, who’s one of the creators of Farmville, the mobile game is on the lines of Age of Empires.

Currently, Mark Skaggs and the gaming company Moonfrog Labs have unveiled a beta version of the game and it’ll be available for free download for the first 5000 people. Based on the feedback from the initial set of users, the game will be developed further before the final version is made available to everyone.

Meanwhile, the post-production for Baahubali : The Conclusion is in the final stages of completion and it’ll be ready for censor soon. The film will release on April 28.