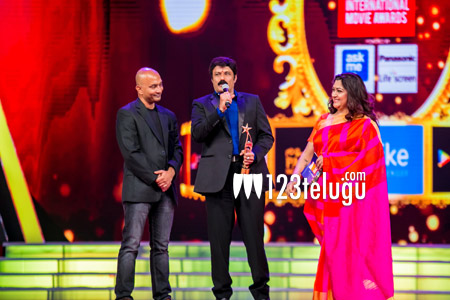 The entire southern film industry was present at the SIIMA Awards in Dubai yesterday. There were several awards which were given out but the attraction for the evening was Tollwyood star Balakrishna, who won the best actor award for his stunning performance in Legend.

Legend was Balakrishna’s biggest hit in his career and showcased him in a powerful role. Directed by Boyapari Srinu, Legend had Jagapathi Babu as the antagonist in the film. We wish Balayya a hearty congratulations for winning this well deserved award.