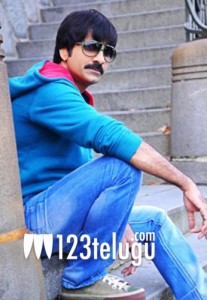 The principal shooting of Ravi Teja’s upcoming film Balupu is currently progressing near Simhachalam. The film stars Ravi Teja, Shruti Haasan and Anjali in lead roles. Gopichand Malineni is directing the film and Prasad V Potluri is producing it under PVP Cinemas banner. The film is reportedly set in the backdrop of Vizag and some important scenes are being shot right now on Ravi Teja and Anjali. Apparently, Anjali is playing the role of a medical student in this action entertainer. The film’s shooting began in November and in the first schedule quite a few hilarious episodes were shot on Ravi Teja, Brahmanandam and Shruti Haasan. Thaman is scoring the music for this film. The film is likely to hit the screens in mid 2013. More details about the film will be revealed soon.