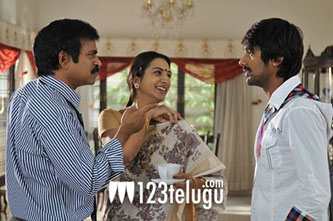 Brahmaji is going to don a new avatar for Neelakanta’s upcoming film. He has been playing several character roles including serious and comedy roles for more than a decade. The latest news is that Brahmaji is going to be seen as Varun Sandesh’s father in this untitled film. Apparently, the role required a young father and Neelakanta convinced Brahmaji to do this role. The film’s shooting has already started. D S Rao is producing this film. Meanwhile, Neelakanta is currently in Goa to attend the screening of Virodhi at International Film Festival of India. The film is being screened in the Indian Panorama section.