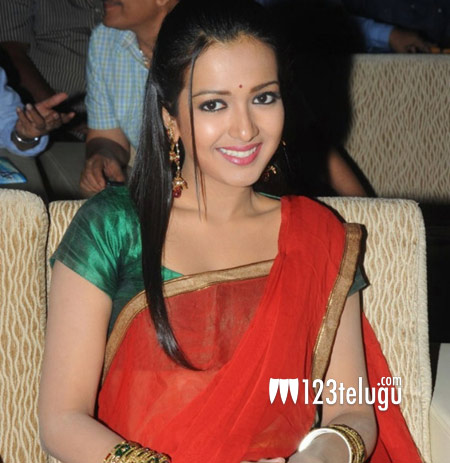 Catherine Tresa is easily one of the hottest actresses to have made their debut in Telugu cinema in recent years. After playing one of the lead roles in Chammak Challo, she’ll soon be seen in Krishna Vamsi’s Paisa and Puri Jagannadh’s Iddarammayilatho. Born and brought up in Dubai, she has already acted in few Malayalam and Kannada films before making her debut in Telugu. Before making her acting debut, she was a model, but there’s a lot more to her than what meets the eye.

In a recent interview, she revealed that she’s very well trained in ice-skating, piano, debating, singing and dancing. “My parents pushed me into doing everything and I am good at anything that I put my mind into,” Catherine said. Among the current actresses, only Nithya Menen sings in select few films. Now that Catherine has revealed that she’s well trained in singing, it remains to be seen if any music director utilizes her talent in one of her upcoming films.

In Paisa, Catherine is paired up with Nani, whereas in Iddarammayilatho, she’s playing one of the lead roles opposite Allu Arjun. Both the films are expected to release in May.