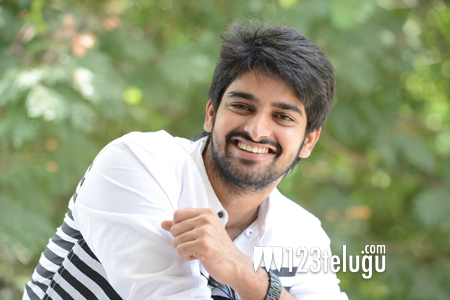 Oohalu Gusagusalade has been one of the most successful films in the recent times. Directed by Avasarla Srinivas, this film had Naga Shourya in the lead roles. We caught with this talented actor for a brief chit chat. Let’s see what he has to say.

A) I was sick and tired or being a struggler, and when I almost decided to give up, I saw the casting call and applied for this role. After a huge round of auditions, I was finally selected for this role. Though I signed this film first, Chandamama Kathalu released first.

How was your experience working for this film ?

A) As I have already told you, I have been auditioning from the past five years. I have lost the camera fear, and found it very easy when we went on sets. I also did a 20 day work shop with the other star which helped me do my role.

What kind of response are you getting from the public ?

A) I am getting an excellent feedback from the public. Every single day, I am visiting some theatre or the other and the feedback that I am receiving is very heartwarming. People are loving this simple love story without any violence and bloodshed.

Tell us about your dream roles ?

A) I want to do a family entertainer like Nagarjuna’s Ninne Pellaadutaa.

Tell us about your forth coming projects ?