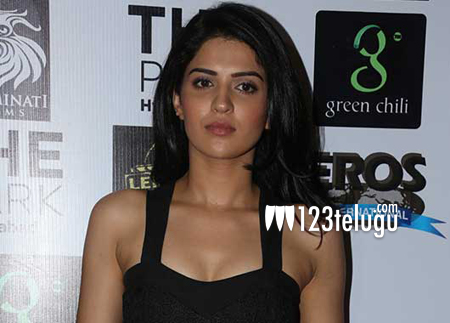 Tall and beautiful Deeksha Seth, was missing from the Tolywood scene from quite a long time. Suddenly, she made an appearance in the Hindi project Lekar Hum Deewana Dil.

She was in Hyderabad to promote her film, and was very excited about the project. ” I am so nervous about my debut film. I have got such a huge launch pad, and I hope and pray to god that my film hits the bulls eye ” said Deekha. Raj Kapoor’s grandson, Armaan Jain is making his debut with this film.

Though Deekha has acted in quite a few films, she had not got a much needed blockbuster off late. So let’s hope that her Bollywood project brings luck and the much needed break.