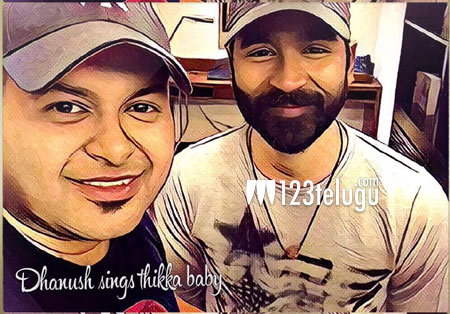 In an announcement that took everyone by surprise, music director Thaman revealed that Tamil superstar Dhanush has sung the title song for Sai Dharam Tej’s ‘Thikka’. The movie is going to hit the screens on August 13th and a teaser from the film will be out tomorrow.

Dhanush’s association with the movie is bound to give a big boost to Sai Dharam Tej and his team. Thikka is a mass action entertainer that has been directed by Suneel Reddy and Rohin Reddy is the producer. Thaman has composed a peppy music album for this movie.

Dhanush can sing very well so we are eager to listen to this song.