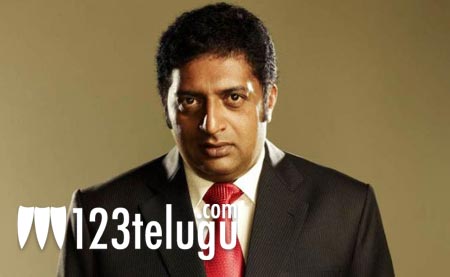 Prakash Raj’s upcoming bilingual film Dhoni has completed its schedule in Pondicherry. The final schedule is going to take place in Hyderabad. Recently, a song was shot in Pondicherry and Prabhu Deva played a cameo in the film. Ilayaraja has composed the music and KV Guhan is the cinematographer. Prakash Raj is making the film in Telugu and Tamil. He’s also producing the film on Duet Movies banner apart from playing the lead role in it. Aakash (Puri Jagannadh’s son), Radhika Apte and Nazar are playing important roles in the film. The film is a story of a child’s aspirations and how his father reacts to them.