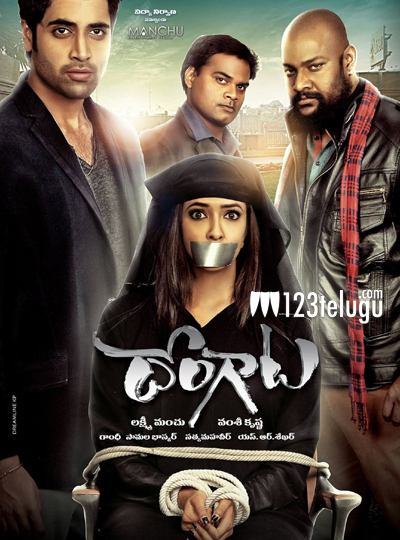 After a minor chaos regarding the release of her upcoming film ‘Dongaata’, Lakshmi Manchu has finally announced that the film will now be released on the 8th of May. This morning, Lakshmi took to her Twitter page and announced that ‘Dongaata’ will release from the matinee shows today, following the delay in Uttama Villain’s release.

Interestingly, Balakrishna’s ‘Lion’ will also be released on the same day and it will be interesting to see whether ‘Dongaata’ can sustain the tough competition from ‘Lion’.