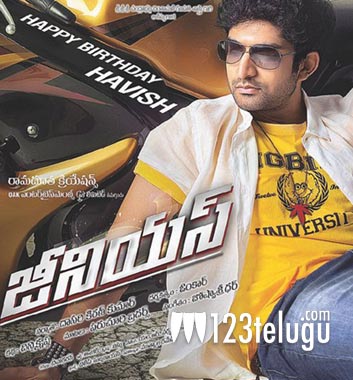 Genius starring Havish and Sanoosha is gearing up for release on December 28. The film has been directed by popular TV anchor Omkar and Dasari Kiran Kumar has produced the film. The film’s censor formalities were recently wrapped up and all hurdles have been cleared for the film’s wide release later this month. Dasari Kiran Kumar has stated that the film has been picked up by leading distributors all over the state and he’s quite confident that the film will do well at box office. Chinni Krishna has written the story and Parachuri Brothers have penned powerful dialogues for the film. Joshua Sridhar has composed the music. Havish was last seen in Ravi Babu’s Nuvvila, but this is his biggest film till date.