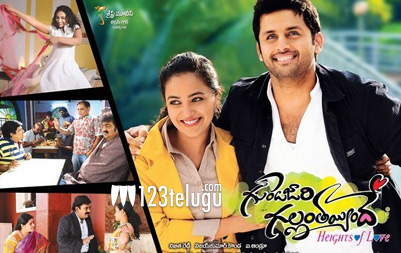 Young Hero Nithiin’s ‘Gunde Jaari Gallanthayyindhe’ is turning out to be a superb hit. The movie, which released on April 19th, had a superb weekend in all areas. The film’s Box Office performance has been extra strong in A centers and overseas markets. The film’s US distributor is already into profits.

Nithiin is delighted with the public response, especially since the film is coming right after the super success of ‘Ishq’. Cool humour, good romance and some very fine performances from the lead actors are turning out to be the highlights of the film.

Vijay Kumar Konda has directed the movie and Harshavardhan has penned the dialogues. Nithya Menen and Isha Talwar played the female leads. Anoop Rubens composed the film’s music and Sresht Movies banner has produced the film.