Gouravam’s patchwork progressing in Hyderabad
Published on Mar 15, 2013 4:02 am IST 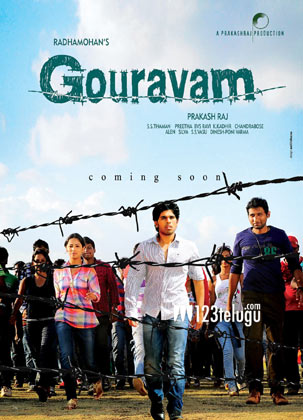 Allu Sirish’s debut film Gouravam is fast nearing completion. Radha Mohan has directed the film and Prakash Raj has produced it under Duet Movies banner in Telugu and Tamil. Most part of the film’s shooting and post production has already been wrapped up and currently the patchwork and few scenes are being shot in Hyderabad. Allu Sirish and Yami Gautam are playing the lead roles in this social drama. The film is said to be based on the theme of honour killings and how the rural life is through the eyes of a city boy. S S Thaman has scored the music. The film is likely to hit the screens in mid April.