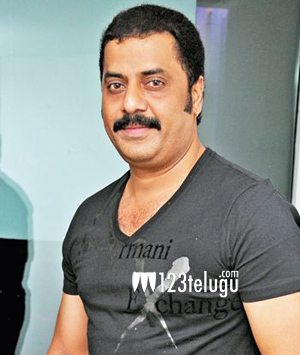 Raja Ravindra was a popular Telugu actor at one point of time. After appearing in films like ‘Peddarayudu’, Raja Ravindra ventured into film production and dates management of heroes. As a result, he faded away into the background.

However, Raja Ravindra is now looking out for some good roles. He says that he is an actor first. “I had to venture into film production because of some reasons. But I am an actor first. I am looking out for good roles. Some roles can give an actor terrific mileage. Brahmanandam and Prakash Raj have done roles that are crucial for a film’s success. I hope I can get such roles”, he said during a recent media interaction.

Raja Ravindra acted in the recently released ‘Paisa’. He will be playing a crucial role in the upcoming ‘Bheemavaram Bullodu’.