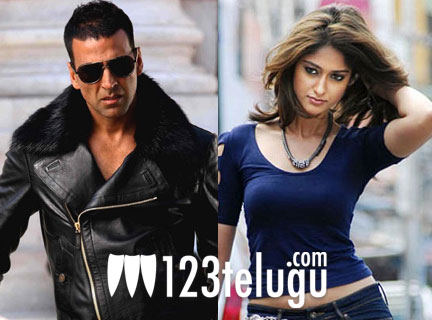 Ileana D’Cruz has reportedly signed her next Bollywood project. She’s going to play the lead role in one of Akshay Kumar’s upcoming films titled Khiladi 786. The buzz in Bollywood is that Akshay Kumar is quite fond of Ileana and he decided to cast Ileana in his next film even before Ileana makes her debut in Bollywood. She will soon make her debut in Anurag Basu’s Barfee where she’s cast opposite Ranbir Kapoor and Priyanka Chopra. Meanwhile, she’ll soon join the cast of Trivikram Srinivas’ next film where she is going to play the lead role opposite Allu Arjun.