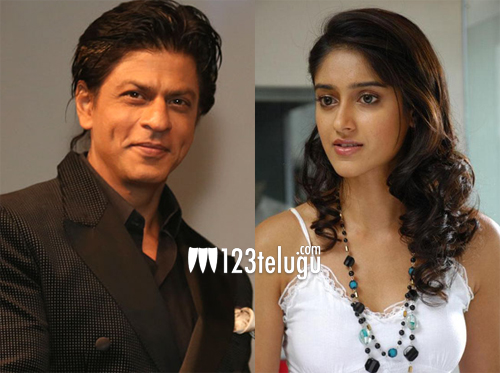 Every actress dreams of working with Bollywood superstar Shah Rukh Khan, atleast once in their entire career. According to the latest buzz, south beauty Ileana has got this rare opportunity. There are speculations that this ‘Barfi’ actress has been approached for the role in Shah Rukh Khan’s next titled ‘Fan’. Earlier, Vaani Kapoor and Parineeti Chopra were considered for this role. However, an official announcement is yet to be made on this development.

SRK will start shooting for ‘Fan’, once he wraps up the promotions of ‘Happy New Year’. Directed by Maneesh Sharma, ‘Fan’ is written by Habib Faisal.