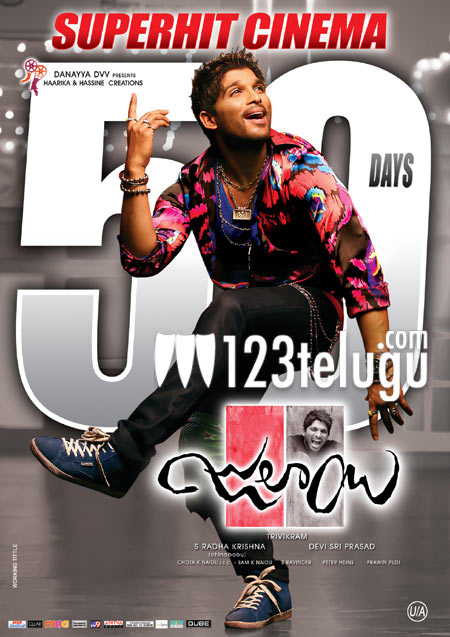 Stylish Star Allu Arjun’s ‘Julayi’ has crossed the 50 days milestone today. The movie, which is the biggest hit in Bunny’s career, went on to do phenomenal release ever since it released on August 9th. The movie has placed Allu Arjun in the exclusive 40 Crores + club of Tollywood.

Directed by Trivikram Srinivas and produced by Radhakrishna on Harika Hasini Creations, the movie has music from Devi Sri Prasad. Ileana played the lead role opposite Allu Arjun. Veteran actor Dr. Rajendra Prasad and Sonu Sood played crucial roles in the movie. Trivikram Srinivas has scored a big hit after a long time with this movie.

Congratulations to Allu Arjun, Trivikram Srinivas and the team of Julayi.