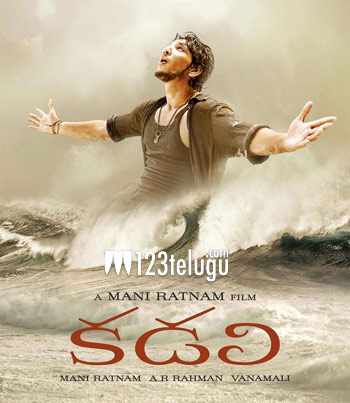 A R Rahman is back with a bang. His music in Mani Ratnam’s upcoming film Kadal is the new talk of the town. The film’s audio was supposed to be launched on December 17; however, it was advanced to December 15 and yesterday, the film’s songs were uploaded on Apple iTunes. Within hours of its launch, the film’s audio climbed up the charts and the entire team of Kadal is excited that the album is ranked at first place in Indian on iTunes. The film’s Telugu version audio is slowly capturing everyone’s attention and recently, Sony Music posted the Telugu version of the hit track Nenjukulley. Vanamali has written the lyrics for the film’s Telugu version which is titled as Kadali. Gautham and Thulasi are making their debut in the film. Arvind Swami and Lakshmi Manchu will be seen in prominent roles. The buzz surrounding this film which is set in a fishing village is extremely good and it looks like Mani Ratnam’s fans are in for a big treat. Kadal is expected to hit the screens in January, 2013.