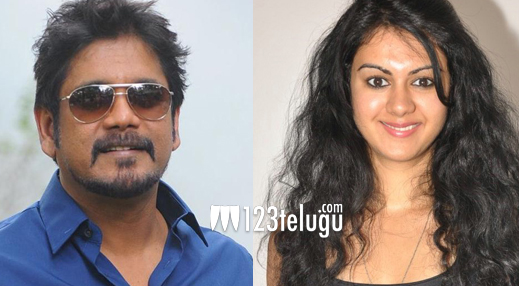 Kamna Jethmalani has bagged a good offer in ‘King’ Akkineni Nagarjuna’s mass entertainer, ‘Bhai’. She will be seen as an old city lass in the film. Richa Gangopadhyay is the main heroine in the film.

The movie is getting ready for a release soon. Veerabhadram is the director of this film and Nagarjuna himself is producing the project on Annapurna Studios Banner.

Bhai is being eagerly awaited Nagarjuna’s fans as the movie is expected to be a comedy entertainer like ‘Hello Brother’. Devi Sri Prasad is the music director of the film.