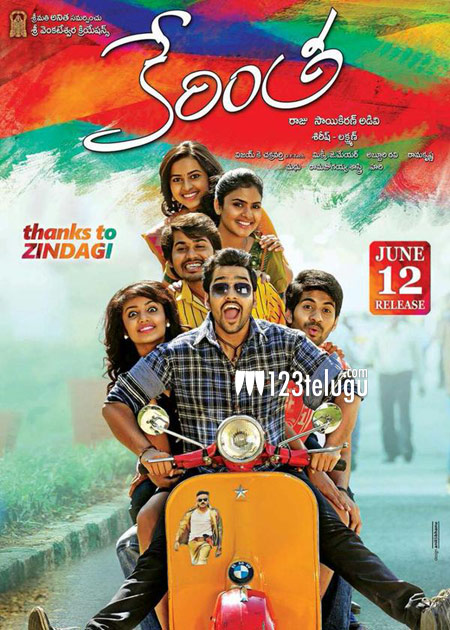 Dil Raju’s next production venture, Kerintha’s post production works are currently progressing at a brisk pace. As per the latest update, this film has completed its censor formalities and has obtained an clean ‘U’ certificate.

With this, all the basic formalities have been completed and the film is set to hit the screens on June 12th, 2015. The audio which was released recently, has received positive response from the audience

Touted to be a youthful entertainer, this flick is directed by Sai Kiran Adivi. This film features Sumanth Aswin, Sri Divya and Tejaswini in lead roles and Mickey J Meyer is the music composer.