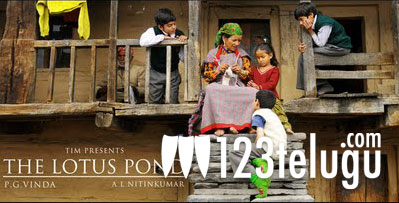 A feature film titled ‘Lotus Pond’, directed by two Telugu filmmakers, AL Nitin Kumar and P G Vinda is going to be screened at 17th International Children’s Film Festival in Hyderabad. The film is among only 10 entries selected for in-competition category from over 700+ entries from all around the world. Lotus Pond is said to be the first children’s film at be shot at 14,000 feet near the foothills of Himalayas. Puri Jagannadh’s son Aakash, R Rohit, Karan Sehgal and Harsh Khurana have played the lead roles in the film. The film is about two 10-year old kids, studying at a boarding school, who go on a breathtaking journey in search of a lotus pond. Sunil Kashyap and Goldy have composed the music. AL Nitin Kumar has produced the film. The film is expected to release in screens later this month.