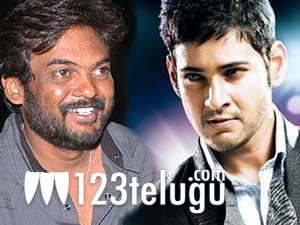 Puri Jagannadh definitely knows how to enthrall Superstar Mahesh Babu’s fans. The duo had teamed up for an action film titled The Business Man and currently one of the songs is being shot in Bangkok, Thailand. The latest news is that Superstar Mahesh Babu and Puri Jagannadh are going to sing the film’s theme song. This is the first time that Mahesh Babu is crooning a song for one of his own films. Most part of the film has been shot in Mumbai and Goa.

Kajal is playing the lead role in the film. Venkat is producing the film on R R Movie Makers banner. The film’s first look has already created a huge buzz and expectations are sky high on this film. Thaman is composing the music for this film and the audio is going to release on December 23. The Businessman will be remade in Hindi next year with Mahesh Babu in lead role. The Telugu version is going to hit the screens on January 11.