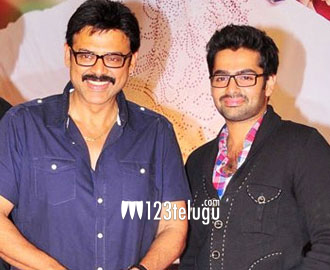 Victory Venkatesh and energetic star Ram are working together for the official remake of the Bollywood film ‘Bol Bachchan’. The movie is currently in production and as per the latest information being heard, the title ‘Masala’ is being considered for it. This has not been officially confirmed by the production team. A number of titles have been heard so far for this movie, including ‘Garam Masala’ and ‘Golmaal’. We will have to wait and see if ‘Masala’ will be the final title.

The first look and logo of the film are expected soon and that should put an end to the confusion. The movie is being directed by Vijay Bhaskar and Sravanthi Ravikishore is producing the film in association with D.Suresh Babu.

Anjali and Shazahn Padamsee are the heroines in this film.