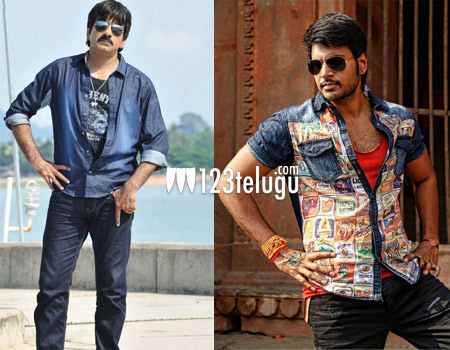 Sundeep Kishan is currently basking in the success of his latest film Tiger. The V I Anand directorial is doing well all over and Sundeep has been getting huge praise from all quarters.

Leading the pack of well wishers who is praising the young hero is none other than Mass Maharaja Ravi Teja. Reports reveal that the ace actor personally called up Sundeep and praised him for his performance in the film.

Sundeep was seen in a mass role for the first time in his career and has managed to impress everyone. Also starring Rahul Ravindran in other lead role, Tiger has Seerat Kapoor as the female lead.