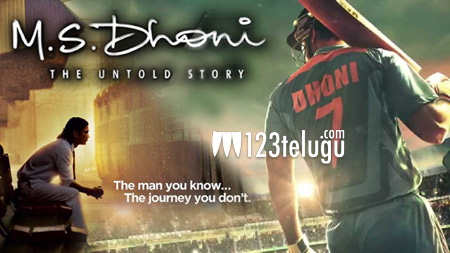 The much awaited biopic on the life of Indian cricket star MS Dhoni, MS Dhoni: The Untold Story, hit the screens on Friday amidst sky-high expectations. The film received unanimous applause and is ruling the roost all-over the country.

According to the latest box-office reports, the film is giving other Telugu flicks a run for their money. The film has raked in Rs 21.30 crore in India on Friday and on Saturday it raked in Rs 20.60 Cr. It is expected to cross 60 crores by Monday.