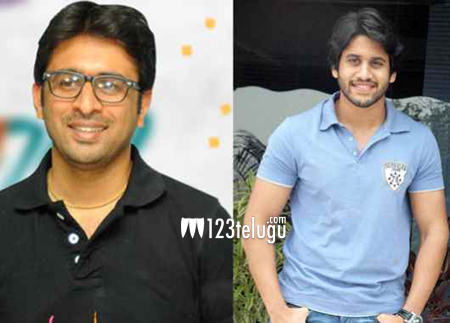 Sudheer Varma scored a very good hit with his first film Swamy Ra Ra and it has got the entire film industry raving about his direction and creativity. After waiting a long time to finalize his next, he has roped in Naga Chaitanya to play the hero in his second film. The shooting which had begun sometime back has been progressing very fast and the climax of the film was shot today involving Naga Chaitanya, Viva Harsha and other comedians.

Naga Chaitanya is paired opposite Kriti Sanon in this yet to be titled project. Sunny.M.R who had scored good marks for his work in Swamy Ra Ra is composing the music for this film. Richard Prasad is handling the cinematography. B.V.S.N Prasad is the producer.